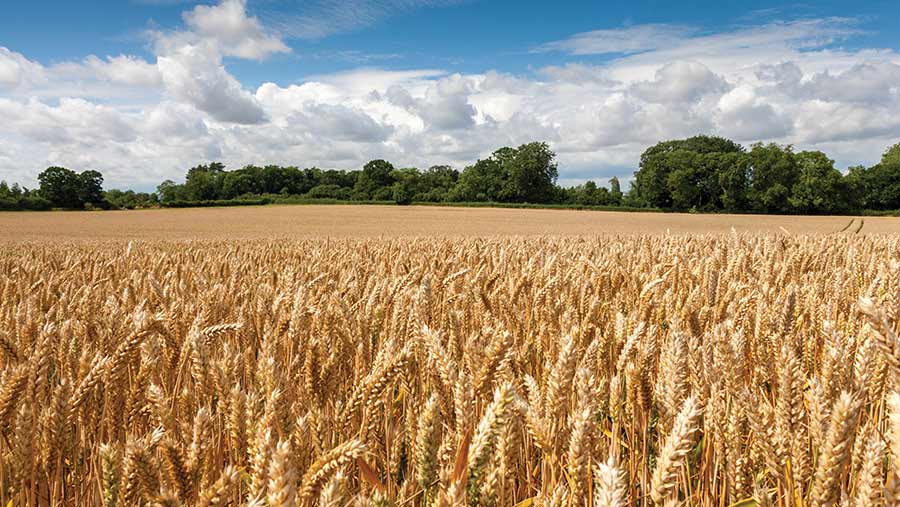 Edward Davison is cutting his nitrogen fertiliser rates in half on a trial area of his wheat without any hit to yield and so boosting profit margins on his Cambridgeshire farm by using beneficial rhizobacteria.

These plant growth-promoting bacteria work to make plants more efficient in the uptake of nutrients and unlock soil-bound phosphorus, and so he has slashed his fertiliser bill and pushed up his wheat margins by more than £200/ha.

This fits in with his enthusiasm for regenerative farming, as he has moved to no-tillage on his heavy soils and reduced pesticide use, and so adding bacteria seemed to be the next obvious step.

In extensive farm trials, reducing nitrogen fertiliser and adding rhizobacteria has led to actual yield increases in some cases, as well as cutting nitrogen leaching and improving the health of his soils.

“I have no reason not to use the rhizobacteria at this moment as savings in nitrogen easily outweigh the cost of the bacteria,” Mr Davison tells Farmers Weekly.

In addition, this approach could be useful as farming looks to reduce its carbon footprint and also adapt to new Environmental Land Management (ELM) schemes, both likely to mean lower or more efficient nitrogen usage.

New ELM schemes to replace direct farm subsidies are likely to include methods to aid sustainable farming and limit nitrogen leaching, such as by using wide field margins and cover crops.

“One way to control nitrogen leaching is not to use it, or don’t use it as much,” he adds.

Mr Davison farms 600ha of heavy chalky boulder clay land at New Farm, Elsworth, just north-west of Cambridge, where he moved to no-tillage five years ago, and last season was growing a 50:50 split of winter wheat and spring barley.

The standard farm practice of a four-way liquid nitrogen split (including an ear application) totalling 250kg/ha for the milling wheat gave a yield of 5.96t/ha in a very low yielding year, when normally wheat yields on the farm average about 10.5t/ha

“Many people say yield is king but I would say margin is king as the 55% nitrogen rate plus rhizobacteria gave an extra £202/ha in margin over the standard rate,” he says.

The cost of the rhizobacteria is £30/ha (£20/ha for the product and £10/ha for the sprayer application), while the saving in fertiliser was £83.61/ha, which together with the higher yield gave the £202/ha margin advantage.

For this 55% nitrogen rate, the third liquid nitrogen split was omitted, but the final ear spray was still applied.

One issue was that as the nitrogen level decreased and SR3 added, the protein content of the grain declined. 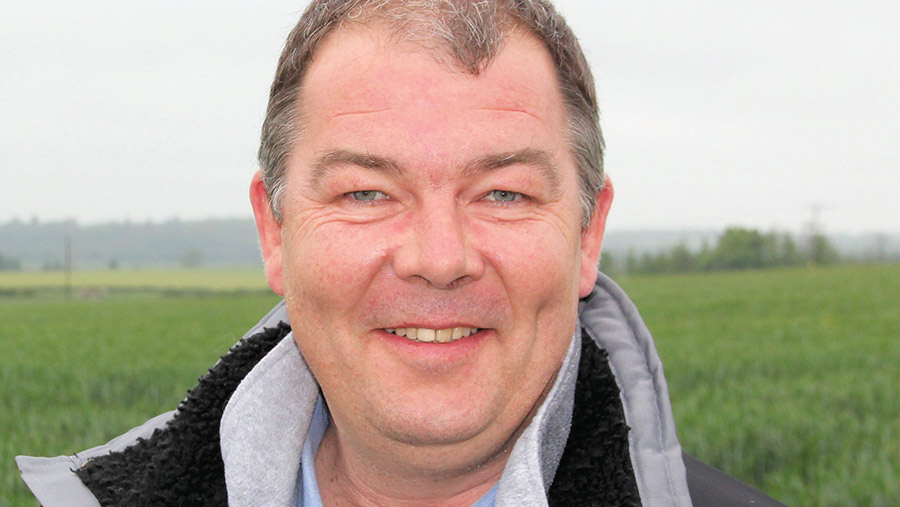 Mr Davison points out that this is just from one year’s results – and in a very difficult season when the wheat went from underwater in the winter to a drought in the spring in a matter of a few weeks.

Syed Shah, regional agronomist at crop consultant Niab, says one of his group’s trial in 2020 showed that increasing the nitrogen rate on winter wheat from 125kg/ha to 175kg/ha and then to 250kg/ha had no significant effect on yield, but when applied with SR3 there was an improvement in yield.

Plant growth-promoting rhizobacteria are soil bacteria that colonise the roots of plant and help a plant’s uptake of nutrients when applied through the seed or the soil.

Their mechanisms include hormone release or hormonal changes within plants, the production of volatile organic compounds, the improvement in the availability of nutrients (namely nitrogen and phosphorus) and the enhancement of tolerance to abiotic, or physical, stresses.

These microbial processes in the soil augment the extent of availability of nutrients in a form easily assimilated by plants.

“Where nitrogen is not yield limiting, it would appear that the rhizobacteria could be helping the plant to use nitrogen more efficiently,” he says.

Dr Shah cautions that this was only one trial in one season, and that further work in being done for harvest 2021 on two different sites to verify the results.

The SR3 product is made by UK biofertiliser company PlantWorks, which established itself as a supplier to the gardening trade, and in 2016 it expanded into mainstream farming.

QiaoYi Lin, head of science at the group, says the product should be applied along with a biostimulant, which will provide extra feed for the bacteria, early in the spring – probably in late February or early March.

“The timing should be as early as possible, when the roots are receptive to microbiological activity and conditions are not too cold,” says Dr Lin.

The group has been trialling the product for the past five years with an average yield increase – without any alteration in nitrogen rates – of 6%, but in 2020 it started to reduce nitrogen rates to see if the bacteria would maintain yield.

It says the application of rhizobacteria appears to increase “plant efficiency” – that is when a plant has the correct biological community of microbes at its root then it is better able to use both soil-supplied and applied nutrition.

For this season, poor autumn weather has meant Mr Davison has not managed to drill any autumn-sown crops, so his plans to applied a 70% nitrogen rate and SR3 across his whole farm have been put on hold.

So this season, he will be growing a mix of spring barley and spring wheat, and he is planning a range of nitrogen rates on his spring barley, normally 120-150kg/ha, and will go as low as 30kg/ha in the seed-bed plus SR3.

For spring wheat, trials on the farm last year with the hard red variety Infinity showed an advantage when cutting nitrogen rates from the standard rate of 120-140kg/ha.

Natallia Gulbis, technical and arable farming lead at the company, says the rhizobacteria products performed well in spring wheat, while not as dramatic as on winter wheat.

Using a 100% nitrogen rate plus SR3 resulted in the highest margin of £124/ha as spring wheat is a hungry crop requiring a high level of nutrients and the bacteria help to use them more efficiently.